If you never heard about Jupyter Notebook, I highly recommend you to check it out. It have been my primary platform to build reports and data driven case studies. On this post I’d like to show how I create a simple and isolated environment with a Bash script and Docker to run JupyterLab.

Recently Jupyter Notebook received a major overhauling and become JupyterLab - currently in beta, but the new platform looks fresh and very powerful. Here is what it is about:

JupyterLab is an interactive development environment for working with notebooks, code and data … JupyterLab has full support for Jupyter notebooks. 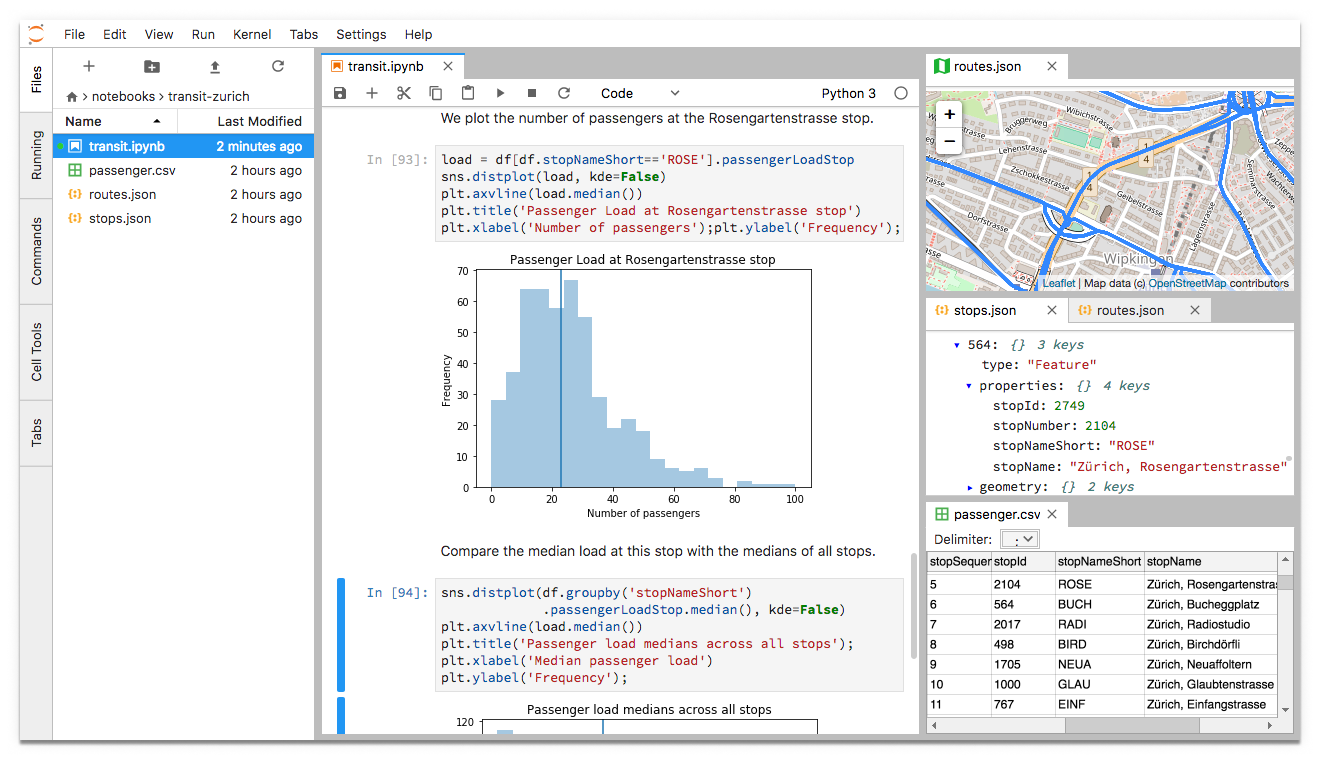 The major downside to this platform is its dependency on Python packages and versions, which is not a problem per se but can be annoying manage Python packages on my Mac - of course I could use VirtualEnv or Conda, but for me it seemed a little bit off.

I’ve been using Docker to aisle environments and guarantee builds and consistency among systems, even between our production server and my MacBook. Having notebooks with specific packages dependencies and Python version feels the kind of problem Docker can help us.

I love Docker and the simplicity it brings to the table - once you understand it and learn a few commands and best practices.

If you don’t have Docker installed on your machine, follow those steps for Mac or Windows. The bash script will work only for Mac though.

Checkout this repository, you’ll find the launcher bash script and a requirements.txt file.

The launcher is quite simple, it register a function to: 1. Check the last modified attribute from the requirements.txt 2. Convert it to a human readable date, it will be the image tag. 3. Then look locally for an image using this same tag. 4. If there is no image available locally, build it using the new requirements.txt 5. Once the image is available locally, launch it, running on http://localhost:8888 and mapping the current folder as the notebook folder.

Create a local folder and clone the repository, I’ve several similar hacks on this folder I intend to share in the future

Add this to your ~/.bashrc:

After a few seconds you will see this:

My idea was to create something that could be as transparent as possible, I like that notebook command feels as if it is a local installed software, but there are room for improvements, like: